The rise of ESG: the evolution of environmental regulations in Europe

The real estate sector in Europe accounts for nearly half of the region’s energy consumption and more than a third of CO2 emissions. Despite this reality, only 1% of real estate inventory undergoes renewal each year. Faced with the climate crisis, European countries have set themselves a common goal: achieving carbon neutrality by 2050. A growing number of regulations are emerging on a European scale, although given the scope of ambitions, their implementation is often difficult and slow. This article offers an overview of the measures taken by the European Union, and the progress of different member states on ESG (Environmental, Social and Governance) issues.

Developments in the European regulatory framework

The progression of European regulations can be divided into three distinct periods:

Market liberalization led to the unbundling of electricity and gas distributors and producers in 1996, as well as the introduction of the Energy Performance of Buildings Directive in 2002. These developments paved the way for the first climate targets starting in 2005.

In 2010, an amendment to the EPBD (Energy Performance of Buildings Directive) required that new buildings in Europe be as close as possible to zero energy consumption by December 31, 2020.

In 2012, the EED (Energy Efficiency Directive) announced that European leaders must set national targets for energy efficiency. The idea of a climate plan specific to each country was truly advanced four years later with the Clean Energy for all Europeans package, meant to define energy savings as a central principle for the European Union. Finally, in 2018, the amended EPBD and EED imposed the establishment of a long-term renovation strategy as well as annual energy savings.

The goal of new regulations will be to achieve carbon neutrality across Europe by 2050. In June 2021, there will be a review of the Energy Efficiency Directive and the Energy Performance of Buildings Directive in. This discussion will reassess year-to-year targets to make sure the goal of halving greenhouse gas emissions by 2030 is reachable. Other Europe-wide initiatives, such as the EU Taxonomy, will also support the goal of achieving carbon neutrality by 2050.

Using ESG data for easier management of your CSR strategy 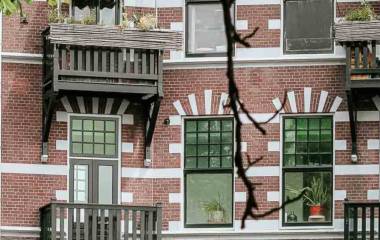 ESG reporting: finding the approach that fits your goals, and following through with success