We’re in a tough spot

Due to the unfortunate combination of the Russian war in Ukraine and the extreme weather that Europe has been exposed to during this summer, energy prices are climbing. One obvious answer to this new paradigm is the EU’s strategy based on energy sobriety.

But the situation still raises the question: will governments take this chance to embrace the energetic transition by moving away from fossil fuels? And what does this mean more specifically for the real estate sector?

As a result of Russia’s invasion of Ukraine on Feb. 24, the amount of natural gas flowing to Europe from Russia has dropped by more than half, driving energy prices to record levels. This is evidently a significant issue, as many eurozone countries rely heavily on Russian fossil fuels to heat or cool their homes and generally power their economies.

In May, the European Commission introduced the REPowerEU plan aiming to fast-track the green transition and reduce Russian fossil fuel dependence. Through energy savings, diversification of energy supplies, and accelerated deployment of renewable energy to replace fossil fuels in homes, industry, and power production, the REPowerEU Plan can help achieve this goal. The expected result is for Europe to strengthen economic growth, security, and climate action.

A couple of weeks ago and two months after the plan’s announcement, the commission communicated a lighter version of the original plan: 27 EU nations are asked to reduce their gas consumption by 15% between August 1, 2022, and March 31, 2023. Furthermore, every two months, these EU governments must update their national emergency plans and report to the commission. This pronouncement came less than 24 hours after Gazprom, Russia’s state-owned gas monopoly, said it would reduce the amount of natural gas it sends to Germany through Nord Stream 1, the longest subsea pipeline in the world.

Given the complex scenarios, the EU will probably have to tighten the proposition into an obligatory one to ensure that nations collaborate and manage to have an impact in mitigating this gas embargo ahead of winter. As well as acknowledging it as a sign of things to come.

What does this mean for real estate actors?

As far as utility companies are concerned, as prices sharply increased, there was no other choice but to pass on the huge jump in wholesale prices to their customers in order to stay afloat. But this only moves the rescue down the chain, as households and businesses will need to adjust to those increased energy costs.

There is a strong consensus at the public level on the need for strong retrofitting and renewable energy infrastructure. But to step into action is a complicated venture, especially in terms of bureaucracy. European Union legislators are, in turn, prompting the private sector to rehabilitate older residences and businesses.

From an asset manager’s point of view, this might be an opportunity. As the assets that got retrofitted ahead of the curve will benefit from a value bump that will impact the overall portfolio as well.

Projections look pretty grim in terms of energy costs for renters as well, as CFOs of major retailers will need to address the urgency of energy management.

On July 26th, the Perifem Federation, which brings together all the actors of the distribution as well as their suppliers around the concerns of environment, energy, security, and technological innovation, presented a crisis energy protocol that should be implemented by the end of the year.

The leaders of the biggest retail brands in France and Europe (Système U, Leclerc, Carrefour, Auchan,  Franprix, Casino, Lidl, Monoprix, Picard, and more) have adopted this protocol, the main measures of which are aimed at extinguishing the luminous signs as soon as the store closes and systematizing the drop in light intensity during the day, not to mention the ambition to apply more sober management of energy, like the interruption of the air renewal at night.

But this might not be enough. As retail actors need to reduce their energy consumption (building insulation, technical equipment, etc.), produce additional energy on their own (photovoltaic), and comply with regulatory obligations (charging stations, etc.). It is unlikely that the sector will be able to finance everything  from both upgrades and transition investments without support. And support based on data and ESG / Energy management expertise will be required.

Energy management is complex and its planning takes time and effort from a team of aligned stakeholders. Aside from the resources needed to put in place a proper strategy, the data collection, action plan, and follow-up are important duties to take care of. In light of this, Deepki’s Deepki Ready platform and advisory services are a big ally. We also make available documents and tools to help real estate actors in their energy management and overall environmental transition.

Get in contact with Deepki’s expert team to know more 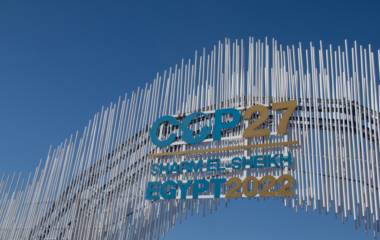 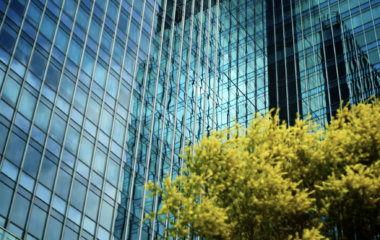