Retrofitting: 5 reasons why you shouldn’t overlook it

In 2010, the Empire State Building underwent a massive refurbishment. This included rebuilding the chiller plant, re-insulating the 6514 windows and installing insulation behind the radiators. These changes, among others, led to a 40% reduction in energy consumption, resulting in annual savings of US$4.4 million, 105,000 teqCO₂ savings over a 15-year period and a payback period of just over three years. The US$32 million retrofit is still the largest in US history, and has paved the way for a green retrofit movement. Retrofits or renovations of existing buildings that aim to reduce the environmental impact of a built area are costly yet necessary investments in many buildings’ life cycles. Additionally, coming up with a retrofit strategy can be difficult, especially as portfolios grow. This could explain the low rate of renovations, less than 1% each year, in developed countries according to the CSTB (the French Scientific and Technical Center for Building). The challenges are, however, largely outweighed by the benefits of retrofitting.

Not only is the current building stock decades, sometimes centuries, old, at least half of the global built environment will still be standing in 2050. According to the Intergovernmental Panel on Climate Change (IPCC), retrofitting existing stock and replacing energy-intensive buildings would help meet a significant amount of the carbon reduction targets by 2030.

While retrofitting buildings may not sound radical enough to have a significant impact on climate change, improving Insulation and HVAC to improve buildings’ energy-efficiency on a large scale could massively reduce carbon emissions.

Landlords and investors can attract more tenants by maximizing energy-efficiency and thereby significantly reducing operational costs. The Low Energy Building label estimates that retrofitting a tertiary building could result in potential energy savings up to 73.1%, based on an average consumption of primary energy falling from 278.5 kWh/m² per year to just 75 kWh/m².

Deepki helped Les Mousquetaires, a privately owned, international retailing group, to reduce their energy consumption and implement an energy management strategy that allowed them to save around €4 million in under six months.

As sustainability regulations become stricter, the risk of stranded assets directly linked to directives such as SFDR or the European Taxonomy is also rapidly increasing. In order to mitigate this risk, real estate owners turn to data-driven tools to help them prioritize the actions they need to take in order to insure that they are compliant, without spending a fortune. Deepki’s data intelligence platform allows users to project and visualize pathways and thereby allocate their resources to the most efficient course of action.

Increasingly extreme temperatures, along with disruptive droughts and floods are to be expected in the coming years, and learning how to adapt and respond will become the new norm. A classic Haussmannian building in Paris close to the River Seine will be increasingly vulnerable to flooding. A modern, glass skyscraper in Madrid could become both weakened due to frequent droughts and heatwaves, and aesthetically unappealing to its occupants.

Common retrofits to counter and adapt to heat waves include:

There are many examples of retrofitting measures or standards that can help enhance resilience in buildings, one of them being the ISO 2017-3:2015, which fixes the requirements regarding the isolation of buildings from vibrations and shocks generated by man-made sources.

#5 Preserving the market value of an asset

Finally, certifications increase the perceived value of an asset, leading to a rise in rent premiums and preventing the depreciation in value seen in buildings with poor sustainability performance. Retrofitting is a criteria of many certifications, including the LEED Gold for Existing Buildings or the Energy Star. – Deepki’s experts are currently working on this topic, so stay tuned …

Despite its undeniable benefits, retrofitting has several drawbacks. Energy efficiency is one of the key draws, but thermal improvements are often made by insulation, which requires extending roof lines and gables, isolating walls and fences to allow the placement of insulation, and reducing internal space – especially in the case of internal wall insulation. Another issue, especially relevant to existing European building stocks, is that traditional buildings are the most challenging to retrofit. Improving the environmental performance of such assets results in a delicate playoff between concern for preserving architectural heritage, and pressure to reduce the environmental impact of these buildings.

The cost of retrofits is perhaps the main challenge. Retrofitting is particularly costly; it requires not only expertise but a high level of vigilance as any mistake could have significant consequences. However, in the long run, it is actually the most efficient solution, and retrofitting a building will more often than not be less challenging than constructing a brand new one for the same purpose. 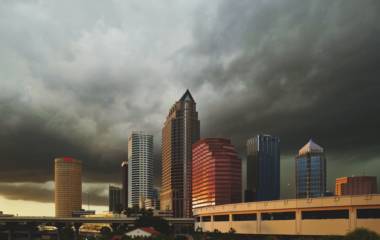 Climate risk challenges on the rise: considerations to evaluate your resilience level 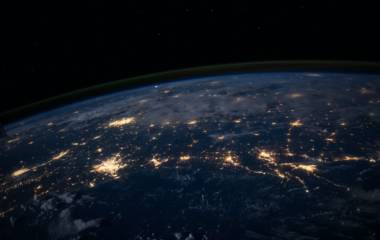 The Evolution of ESG Regulation in Real Estate